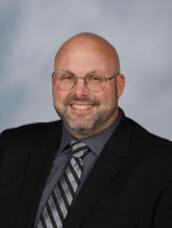 Jay Davis is currently enjoying his eighteenth year in education, fifth as the Director of Bands at Houston County High School in Warner Robins, Georgia. He holds degrees with honors from Georgia College and State University and Auburn University, both in Music Education.

As Director of Bands at Houston County High School, he oversees over 320 students daily divided into four concert ensembles, a jazz ensemble, a percussion ensemble, and a dedicated color guard class. The Black and Silver Brigade, HCHS’s marching unit, includes two marching bands, serving over 200 students. Bands under his direction have consistently received Superior ratings at adjudicated events throughout the southeast in both the concert and marching areas, including Grand Champion honors at several marching band competitions. Additionally, the Houston County High School Band was awarded the Exemplary Performance Award by the Georgia Music Educators Association for the 2016-2017 school year. Previously, Davis has worked on the faculty of the GCSU Jazz and Symphonic Music Camps, as well as the staff for the Encore Music Camp and Camp ExtravaBANDza. Recently, Jay joined the staff of the Georgia Music Ambassadors and will tour Europe with the group in 2020.  Currently, Jay is on the GMEA All State Committee and is GMEA District Eleven Chair for 2018-2020. He was also recently added to serve as an advisor to the Educational Resource Committee of the International Horn Society. Jay holds or has held memberships in the International Trumpet Guild, Pi Kappa Lambda, GMEA, the National Band Association, and has served as a Province Governor for Phi Mu Alpha Sinfonia, a fraternity for men of music. He has also served on the Board of Directors of the Georgia College Alumni Association and the community band, Tara Winds. Jay also performs with the Wellston Winds, where he serves as an associate conductor.  Jay will be inducted into the Phi Beta Mu International Bandmaster’s fraternity in March of this year.

Jay is married to Dr. Tina Holmes-Davis, Assistant Professor of Music Education at Georgia College, and is the proud father of 15-year-old twins, Emma and Jonah, who are freshmen at HoCo this year.