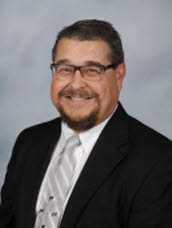 Mr. Clements is a native of Warner Robins. After graduating from Northside High School, he attended Georgia Southern University where he earned a Bachelor of Business Administration degree in Marketing. He went on to earn a Master of Science degree in Middle Grades Education from Fort Valley State University. Mr. Clements began his teaching career at Warner Robins Middle School in 1993 where he taught 7th grade for 14 years. In 2006, he obtained an Education Specialist degree in School Guidance and Counseling from Argosy University in Sarasota. In 2007, he became the Graduation Coach at Northside Middle School and worked there until he came to HOCO in July of 2010. He looks forward to many enjoyable years and helping students as a counselor in "Bear Country." He is married to Patty Clements who is a teacher at Huntington Middle School. They are the proud parents of three children, Tanner, Carley, and Casey.